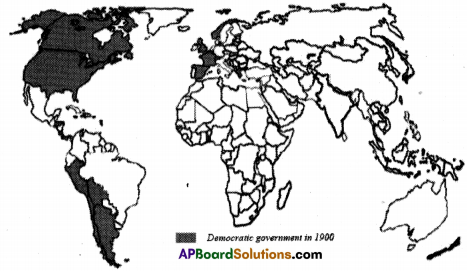 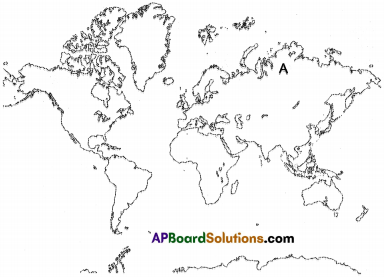 Question 1.
Compare the struggles for democracy in Libya and Burma on the following aspects
A) Leadership
B) Nature of struggle
C) Process of transition.
Answer:

Question 2.
Read the following information and answer the questions given below.
Events and year of occurrence

1) Which of the above two countries first became independent? And when did it happen?
Answer:
Burma was the first country to get independence. And she got it in 1948.

3) Who was Aung San?
Answer:
Aung San was the leader of Nationalist movement in Burma.

4) Which of the two countries became democratic first?
Answer:
Burma in 2010.

5) Where are the two countries located?
Answer:
Libya is in Africa and Burma is in Asia.

Question 3.
What are “economic sanctions” ? How do they work on any country’s economy?
Answer:

Question 4.
What are the steps taken by “the UNO” with regard to Libya or Burma?
Answer: