Question 4.
Compare the roles of people who make laws with those who implement them in the following aspects:
a) has to contest elections;
b) are part of different departments of government;
c) responsible for making laws;
d) responsible for implementing laws;
e) usually elected for 5 years;
f) are appointed into jobs;

Question 5.
Here is another brief description of Manisha Nagle. Read this carefully and compare with the text given under the head “Mansabdar’s and Jagirdars” in chapter 14 and “Captains of the troops – The Amaranayakas” in Chapter 13 and fill the following table.
Manisha Nagle has been the Collector of Nallavaram for the last 5 months. Earlier, she worked as the Deputy Secretary in the Ministry of Public Health Department in the state capital. It is possible that she may be transferred as a Collector of another district or taken back to the State Secretariat. She is an employee of the Indian Government. Often, some of them also have to go to Delhi and work for the central govern¬ment. They are all selected through an examination conducted by the government. 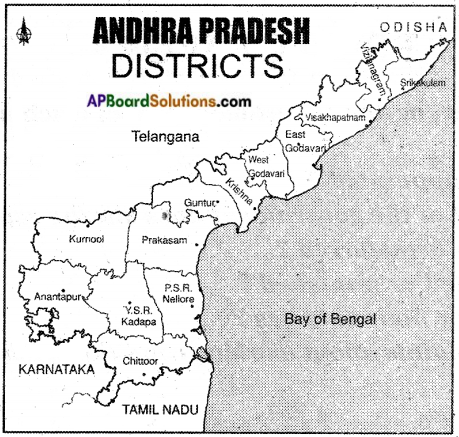 DISCUSSION
Organise a programme of “students interaction with revenue officials” (Tahsildar/ Mandal Revenue Inspector/Village Revenue Officer) about – “The implementation of Laws”.
Answer:
Tahsildar: Good morning children.
Students: Good morning sir.
Tahsildar: What is your problem?
Students: We would like to know how are laws implement in the assembly.
Tahsildar: Usually laws are drafted by the ruling party as it is a majority in the assembly.
Students: How do they solve the issues?
Tahsildar: On some issues, a member can also propose a law and it can be adopted if the majority supports it.
Students: Sir, we would like to know the procedure.
Tahsildar: Before the bill is passed the proposed law is called a bill. After being passed by both the chambers and after the approval of the Governor it becomes a law and it is called an act.
Students: Sir, what are the two chambers?
Tahsildar: They are elected MLA’s and MLC’s of that state.
Students: Sir, I would like to know what is the meaning of voting?
Tahsildar: There will be a lot of discussion between ruling and opposition MLA’s.
Students: After discussion what happens?
Tahsildar: The bill will be first approved by the cabinet and then it is placed before the assembly for voting. If more than half of the MLA’s and MLC’s accepts, then the bill is sent to the Governor.
Students: Sir, what is the next process?
Tahsildar: After the Governor’s approval the bill will be called an act and published in gazette.
Students: Thank you, sir, we got a lot of information on how the implementation laws are made at the state level.

Question 1.
Interview your teacher, or any government school teacher to get the following details:
When was she or he appointed?
To which department of the government does she/he report?
Has the teacher been transferred?
How are they promoted or punished?
Who is responsible for their salaries?
If they have any complaints about working conditions, whom do they report to?
Answer:
Student Activity.

Question 2.
What has been their experience in implementing the new rules/programmes like ensuring enrolment of children, mid-day meals; or any other programme? Make a presentation of your finding in the classroom.
Answer:
Student Activity.