→ Theory of probability has its origin date back to 16th century.

→ J. Cardan, an Italian physician and mathematician wrote the first book on probability named “The Book of Games of Chance”.

This definition was given by ‘Pierre Simon Laplace’.
Eg: The probability of getting a head when a coin is tossed is given by Number of outcomes favourable to this event getting a head = 1 Number of all possible outcomes of this experiment = 2 (Head, Tail)

Note: If an experiment is conducted for many number of times, then the experimental probability may become closer and closer to theoretical probability. 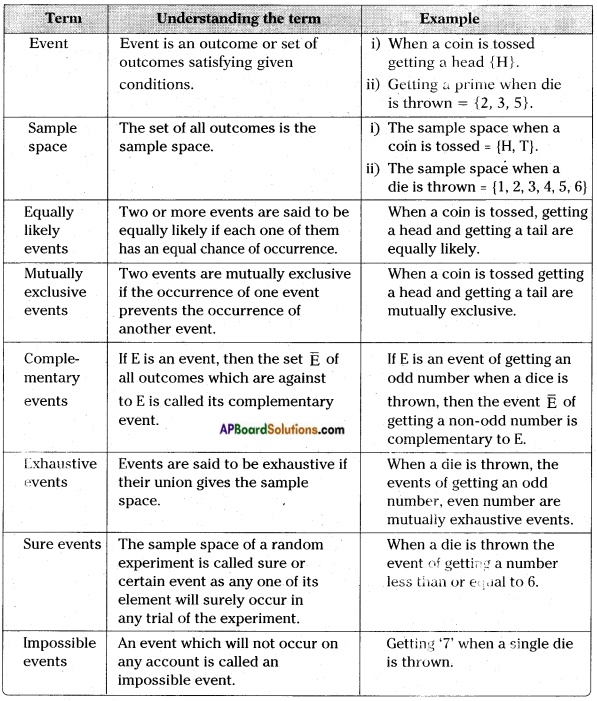 → The probability of a sure event is 1.

→ The probability of an impossible event is zero.

→ Playing cards and their probability : A deck of playing cards consists of 52 cards which are divided into four suits of 13 cards each.
They are: 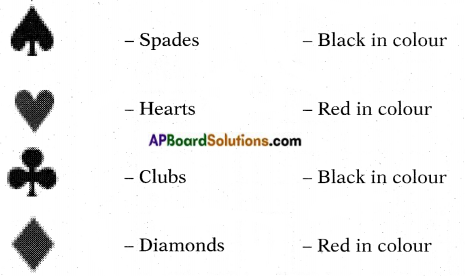 → The cards in each suit are:

Eg : When a card is drawn at random from a deck of cards then

→ When two dice are thrown, the outcomes are 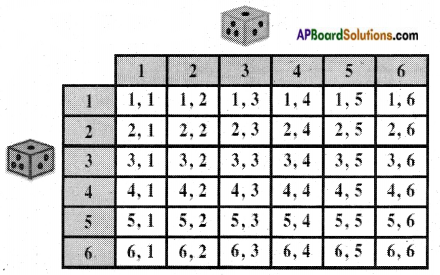 → If a coin is tossed n-times or n – coins are tossed simultaneously, then the number of total outcomes = 2n.

→ If a dice is thrown for n – times or n – dice are thrown simultaneously then the number of total outcomes = 6n.