Students get through AP Inter 2nd Year Physics Important Questions 13th Lesson Atoms which are most likely to be asked in the exam.

Question 3.
Name a physical quantity whose dimensions are the same as those of angular momentum.
Answer:
Planck’s constant.

Question 4.
What is the difference between α – particle and helium atom ?
Answer:
Alpha particle

Question 9.
Write down a table giving longest and shortest wavelengths of different spectral series.
Answer:
Wavelength limits of some spectral series of hydrogen.

Question 1.
What is impact parameter and angle of scattering ? How are they related to each other ?
Answer:

Drawbacks : According to classical E.M. theory,

b) Energy of emitted radiation: In hydrogen atom, a single electron of charge – e, revolves around the nucleus of charge e in a circular orbit of radius rn.
1) K.E. of electron : For the electron to be in circular orbit, centripetal force = The electrostatic force of attraction between the electron and nucleus. 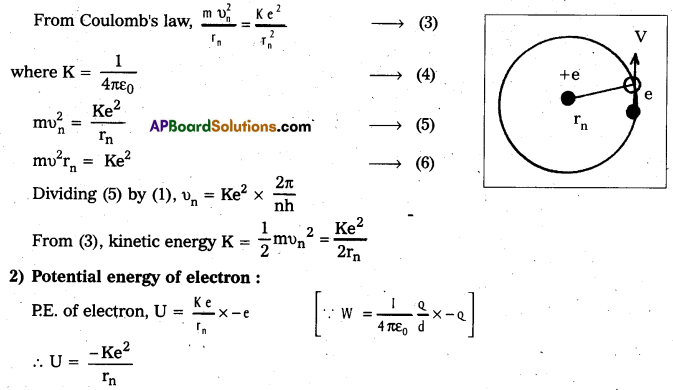 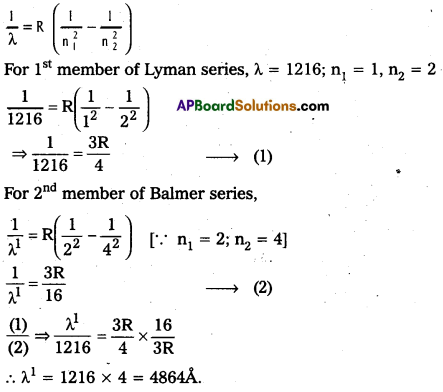 It implies that an atom contains a much greater fraction of empty space than our solar system does.