Question
Draw the pictures in your notebook and collect some pictures. [Page No. 71]
Solution: 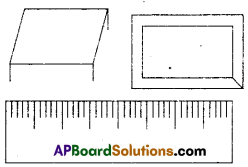 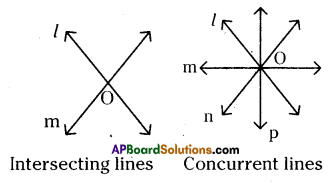 Question 2.
Which pairs of the following angles become complementary or supplementary. [Page No. 76]

Question 1.
Find the pairs of adjacent and non- adjacent angles in the given figures. [Page No. 77] 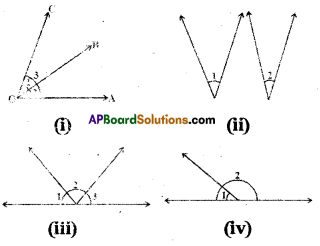 ii) List the adjacent angles in the given figure. [Page No. 77] 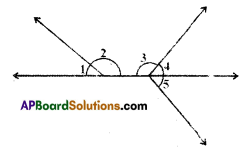 Measure the angles in the following figure and complete the table.
[Page No. 78] 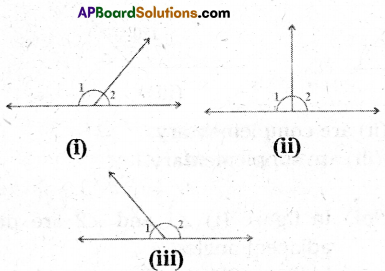 Question 1.
Classify the given angles as pairs of complementary, linear pair, vertically opposite and adjacent angles. [Page No. 80] 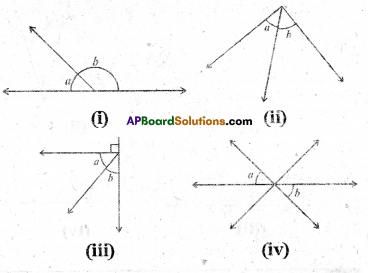 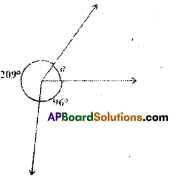 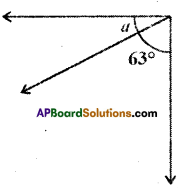 Question 1.
Find the measure of each angle indi-cated in each figure where / and m are parallel lines intersected by a transversal n. [Page No. 87] 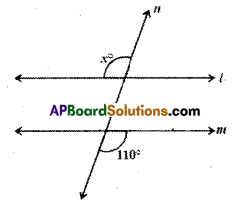 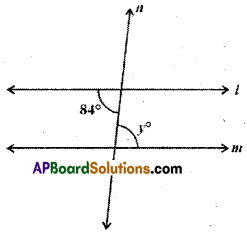 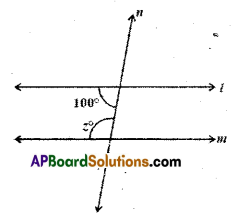 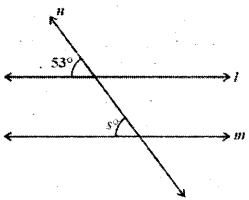 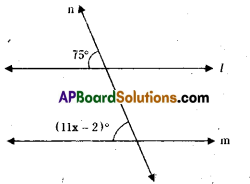 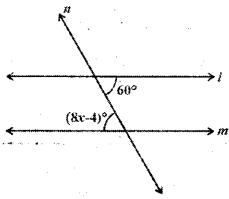 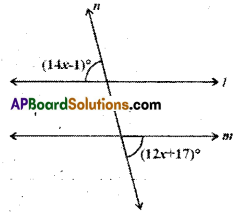 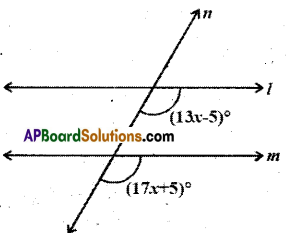 Question 1.
Take a scale and a ‘set sqaure’. Arrange the set sqare on the scale as shown in figure. Along the slant edge of set sqare draw a line with the pencil. Now slide your set square along its horizontal edge and again draw a line. We observe that the lines are parallel. Why are they parallel ? Think and discuss with your friends. [Page No. 88]
Solution: 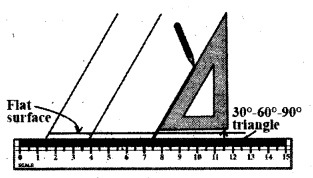 A. Student Activity (For Reference .)
All slant lines are parallel making an angle of 60° with the horizontal line. In this figure horizontal line is transversal to the slant line and corresponding angles are equal.

Question
Draw a line \(\overline{\mathbf{A D}}\) and mark points B and C on it. At B and C, construct ∠ABQ and ∠BCS equal to each other as shown. Produce QB and SC on the other side of AD to form two lines PQ and RS.

Draw common perpendiculars EF and GH for the two lines PQ and RS. Measure the lengths of EF and GH. What do you observe ? What can you conclude from that ? Recall that if the perpendicular distance between two lines is the same, then they are parallel lines. [Page No. 89] 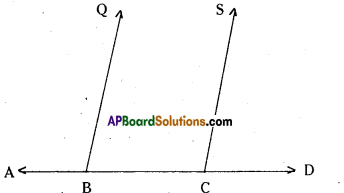 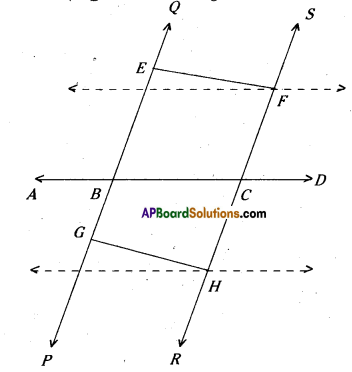 Solution:
As ∠ABQ =∠BCS and they lie on the same line AD we can say that BQ // CS. Now EF and GH are the perpendicular distances between two parallel lines PQ and R, we say EF = GH.

Question i)
Find the measure of the question marked angle in the given figure. [Page No. 90] 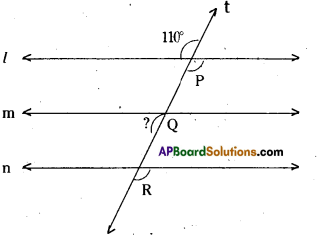 Solution:
? = 70°
[ ∵ from the figure, these two angles are exterior angles on the same side of the transversal]

Question
Draw and cut out a large triangle as shown in the figure.
Number the angles and tear them off.
Place the three angles adjacent to each other to form one angle as shown below. [Page No. 97]

1. Identify angle formed by the three adjacent angles ? What is its mea-sure ?
2. Write about the sum of the measures of the angles of a triangle. Now let us prove this statement
using the axioms; and theorems related to parallel lines.
Solution:
Student Activity.

Question
If the sides of a triangle are produced in order, what will be the sum of exterion angles formed ? [Page No. 99]
Solution:
Let ΔABC and the sides of the triangle is formed by exterior angles. 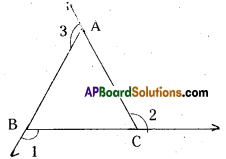