Question 2.
Which is the longest side in ∆XYZ having right angle at ‘Z’?
Answer: 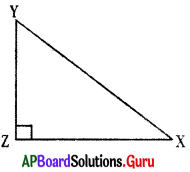 Question 3.
Is the sum of any two angles of a tri-angle always greater than the third angle? Give examples to justify your answer.
Answer: 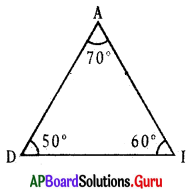 Question 5.
Write any two possible measurements to be suitable for the following triangles.
(i) Right angled triangle.
Answer: 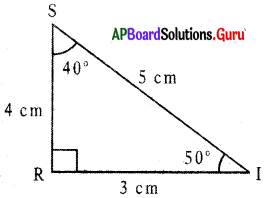 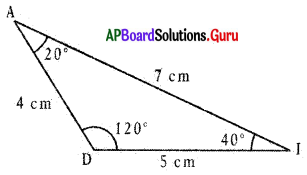 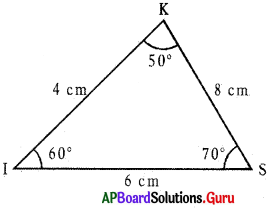 Question 6.
Find the value of ‘x’ and ‘y’ in the adjacent figure. 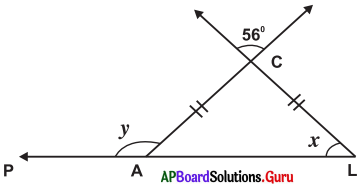 In isosceles triangle, the angles which are opposite to equal sides are also equal.
So, ∠A = ∠L = x°
∠C = 56° (Vertically opposite angle)

Question 7.
In ∆ABC, ∠A is four times to ∠B and ∠C is five times to ∠B. Find the three angles.
Answer: 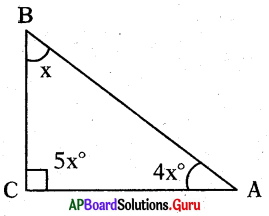 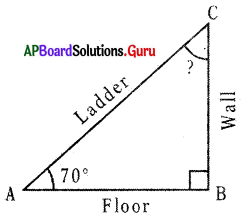 Question 9.
Write the possible measurements of angles in the following table. One example is given for you.
Answer: