Question 1.
Correct the false statements,
(a) At the beginning of 20th century disparity across the world was marked by west and the rest.
Answer:
The statement is correct.

(c) Socialist societies wanted to build on the idea of equality and fraternity.
Answer:
The statement is correct.

(d) Army members of countries fighting belonged to many different countries and not Just those which directly participated in the war.
Answer:
The statement is correct.

(e) After or during the First World War many countries changed over from monarchy rule to democracies.
Answer:
The statement is correct. 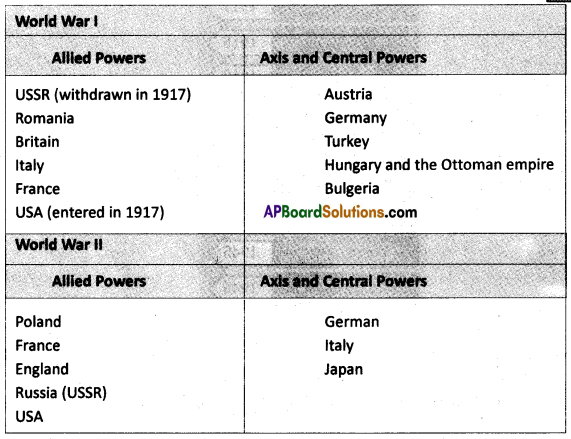 Question 4.
Write a short note on various causes of two World Wars. Do you think any of these features are prevalent even today in countries around the world? How?
Answer:

Question 5.
What are the different impacts of wars during the first half of 20th century? (OR)
“Second World War ended imperialism” justify it. (OR)
Describe the consequences of the World Wars.
Answer:

Question 1.
Look at some of the pictures given below, connect them with one or the other point mentioned and write a short note on each of them.
(a) Observe the picture of 1934 rally of Hitlers Nazi party at Nurnberg. Compare it with the political party rallies you have seen. 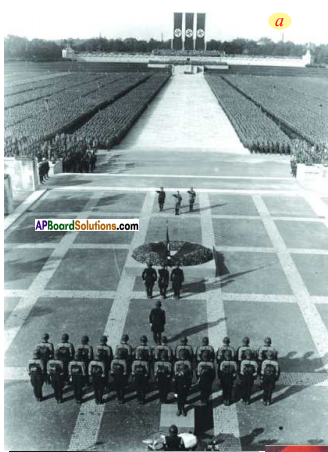 (b) Famous photograph of Polish immigrant Florence Owens during Depression by Dorothea Lange.
It depicts destitute pea pickers in California, March 1936. What would she be thinking? 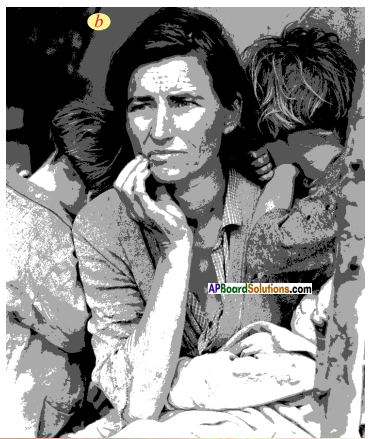 (c) Atom Bomb in Nagasaki, also look at the picture at end of the chapter which shows the effect of this bomb. 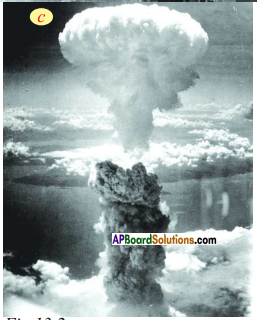 (d) A painting by Kustodiev in 1920 on The Bolshevik Revolution in Russia. What is the artist trying to say? Who the giant leader could be? 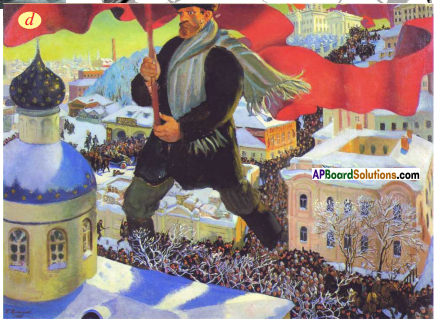 (e) A cartoon in German with caption “Buy from the Jews, betray your people” 1929. What bias does it show? 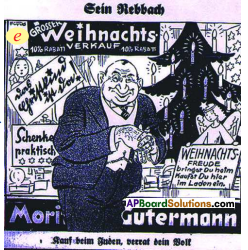 Question 3.
In what ways do you think industrialisation has created the conditions for modern wars?
Answer:

Question 4.
Do you think the love for one’s country among people of different countries leads to wars?
Answer:

Question 5.
If one country takes an aggressive stance against another country, should the other country also respond aggressively? Can there be other ways of handling the problem?
Answer:

Question 6.
Do you find the presence of aggressive nationalism, imperialism, power blocks and militarism around us today too? Give examples and discuss in the class.
Answer:

Question 7.
Find out about some of the wars fought during the last ten years and see to what extent these four factors caused them.
Answer:

Question 8.
Some organs of the League of Nations like the International Labour Organisation (ILO) and World Health Organisation (WHO) continue to function to this day. Find out about their activities and prepare a project report on one such organ.
Answer:
Some organs of the League of Nations are functioning till date. A few of them are ILO, WHO and IG, etc. World Health Organisation (WHO) played an Important role in providing good healthy conditions to most of the third world countries. Dreadful diseases like cholera, smallpox, polio, etc., were checked. In recent years WHO is fighting against AIDS and heart diseases. In Argentina, Brazil and Uruguay, the WHO suggested measures and advised to start an international school for infant and child welfare at buenos. Aires, and a public health school at Rio-de-Janerio, the capital of Brazil.
(OR)
Some activities of U.N.O:

Question 9.
Do you think the Second World War could have been avoided if the victorious powers had been more considerate towards Germany in 1919?
Answer: