Question 1.
Identify at least ten food items that you consume and find out how far they have travelled from their place of production to reach your plate.

Question 2.
Why did the people of Jalsindhi village refuse to move out of the village?
Answer:

Question 3.
“This is the land of our forefathers. We have a right to it. If this is lost, then we will only get spades and pickaxes, nothing else ” says Bava Mahalia. Can you explain the statement?
Answer:

Question 4.
“Last, but not the least, the key to the environmental problem lies in changing lifestyles that will minimise waste and pollution.”
(i) What are the various ways in which our lifestyles affect the environment? Use examples from your own context to explain.
Answer:

(ii) Find out about the various ways in which the problems of garbage and emissions are being dealt with around the world.
Answer:

Question 5.
Rapid extraction of minerals and other natural resources would adversely impact the future development prospects. Do you agree?
Answer:

Question 7.
Should the average temperature of the earth be treated as a natural resource for all people?
Answer:

Yes, the average temperature of the earth can be treated as a natural resource for all people. Taking the advantage of this renewable resource in the form of solar energy, people can reduce their dependency on non – renewable sources like coal, petroleum etc.

Question 8.
What are the lessons to be drawn from the alternate PDS initiative at Zaheerabad mandal in Telangana?
Answer: 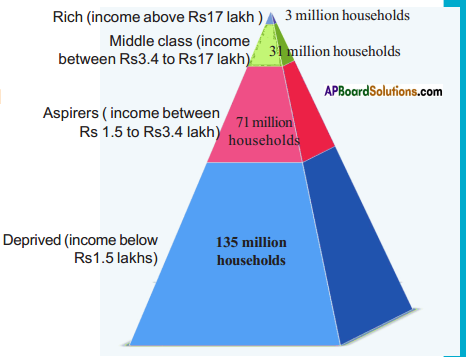 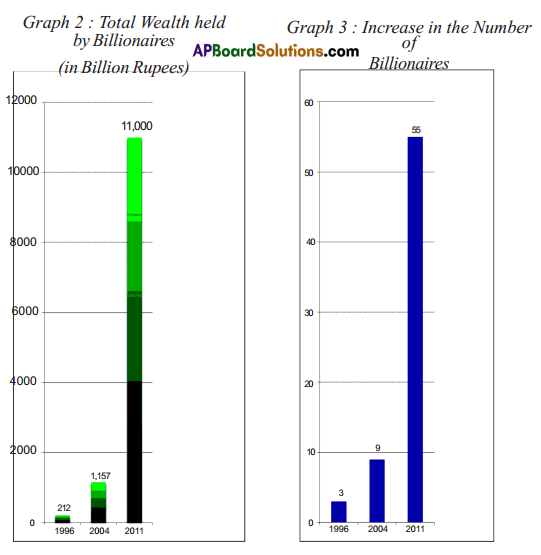 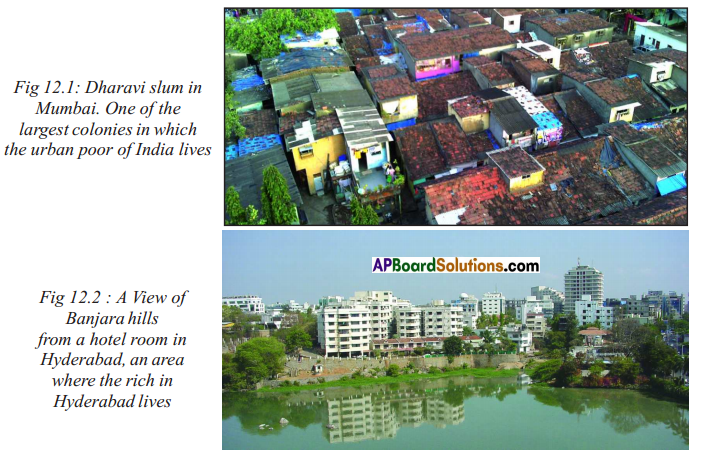 Question 2.
Revisit the class IX chapters on Indian Agriculture and industry.
How have they discussed issues of disparity and distribution and access to resources in these two contexts?
Answer:

Question 3.
Identify how the idea of development has been contested through problems of the environment.
Answer:

Question 4.
What kind of environmental problems did the spread of ‘green revolution’ create? What lesson does this have for the future?
Answer:

Question 5.
Why do you think has the modern method of lifting water proved to be unsustainable?
Answer:

Question 7.
Why should water be considered as common property?
Answer:

Question 8.
Why was it considered necessary to go to court to stop the use of endosulfan?
Answer:

Question 10.
“In the chapter ideas on Development, we read that what is development for one might not be development for another”. Use Bava Mahaiiya’s letter to explain this statement.
Answer:

Question 11.
Create a table identifying the current aspects of living and changes that will occur if the tribal people are re-settled in a different state on the following aspects:
Food habits; Farming; Finance; Relation with forest; Religious practices; House making; Social relations.
Answer: 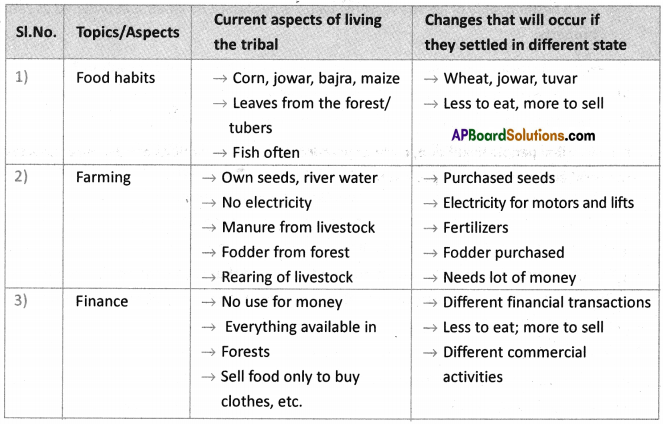 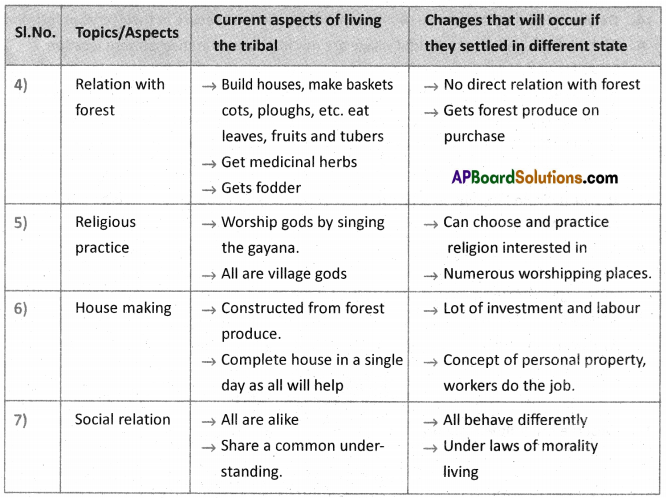 Question 12.
How is the loss of biodiversity being expressed in the letter?
Answer:

Question 13.
For the tribal people livelihood, cultural practices and social relations are deeply connected to the local environment. Can you explain?
Answer:

Question 14.
Do you think that the people of Jalsindhi village are food secure in their present location?
Answer:

Question 15.
If you lived in the above situation, how would you have responded to the demand for resettlement?
Answer: 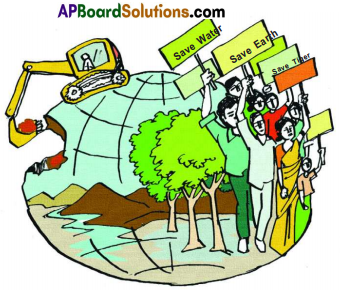 Write your caption in the context of the environment.
Answer:
FOR BETTER FUTURE – SAVE THE NATURE
Man is overusing natural resources indiscriminately
Creating severe problems ecologically
For our future generations we should work collectively
To conserve these invaluable resources judiciously
And take measures that are eco-friendly.

Question 17.
You have read about the protests against the Kudankulam nuclear power plant in the Chapter on Ideas of Development. Can you interpret the protest in view of what you have read here?
Answer:

Question 18.
“Environment protection is not just crucial for those communities directly affected but for all of us.” Explain with a few examples.
Answer:

Question 19.
Revisit the class VIII chapters on Mines and Minerals in the context of Andhra Pradesh. What issues of conflict emerge between industrialists and people living in regions of minerals? 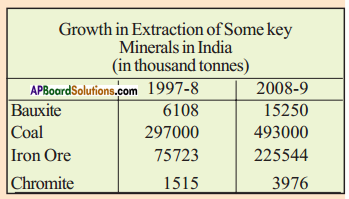 Question 20.
There has been rapid increase in the extraction of minerals for domestic use and for exports to other countries since liberalisation and globalisation of Indian economy. Using figures from the table here substantiate the observation.
Answer:

Question 21.
What do you think would be the environmental and human costs of such rapid growth in mining?
Answer: 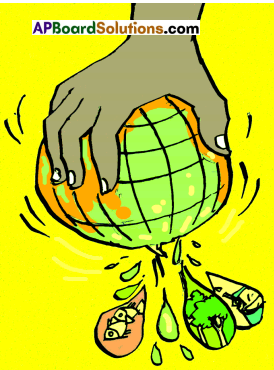 Write your caption in the context of development.
Answer:
On the name of development, man is causing nature’s destruction, So for the flora and fauna where is the protection ?

You have read about composting in the context of organic farming. Here is a simple method that you can try out in your school and home.