1. Monarchy: The type of government that was ruled by a king or queen is called Monarchy. A monarch comes to power by inheritance. Ex: Ashoka came into power after his father BinduSara. Citizens can have the rights and facilities depending on the monarch/king.
2. Democracy: The type of government that was run by the people is called democracy. Here every citizen can cast vote. They participate in taking decisions directly or through their representatives. Power cannot be inherited.

Question 2.
How is democracy different from the monarchy?
Answer:
Democracy is a government of the people, by the people, and for the people. In a democracy, people are supreme because it is they who give the government power to rule. The government has to explain its actions and defend its decisions to the people.
In a monarchy, it is the king or queen who has the power to make decisions and run the government. The monarch may have a small group of advisors to discuss matters with, but the final decision-making power remains with the monarch. Unlike in a democracy, kings and queens do not have to explain their actions or defend the decisions they make.

Question 3.
What are the duties of the government?
Answer:

Legislature: Legislature makes decisions or laws.
Executive: The executive executes the laws made by the legislature.
Judiciary: Judiciary interprets the laws.

Question 9.
What does a government do?
Answer:
In addition to making laws government organizes so many activities like building schools, hospitals, and roads, the government implements various schemes for the welfare of the people.

Question 10.
How do you understand the rule of majority? Explain with an example.
Answer:
The rule of the majority is one of the key principles in democracy. The election of the representatives is by a simple majority. The one who gets more votes, even if it is just by one vote will get elected. Most decisions of the elected representatives are validated on the same principle of the majority. If a decision is supported by more than half of the members, it will be implemented.
Example: Five friends are trying to decide which cinema they have to go whether Telugu or Hindi. Three of them opted for Telugu cinema. The remaining two friends should go to the Telugu cinema by respecting the majority of rules, though they wanted to go for a Hindi cinema.

1. Direct Democracy: People directly participate in decision-making. For example Switzerland. The citizens of Switzerland gather at a place and take decisions or make laws. This system is possible in Switzerland as there is less population.
2. Indirect Democracy (Representative Democracy): In this form of democracy, people participate in decision-making indirectly through their representatives. Due to a large population, most of the countries in the world including India are following indirect democracy. 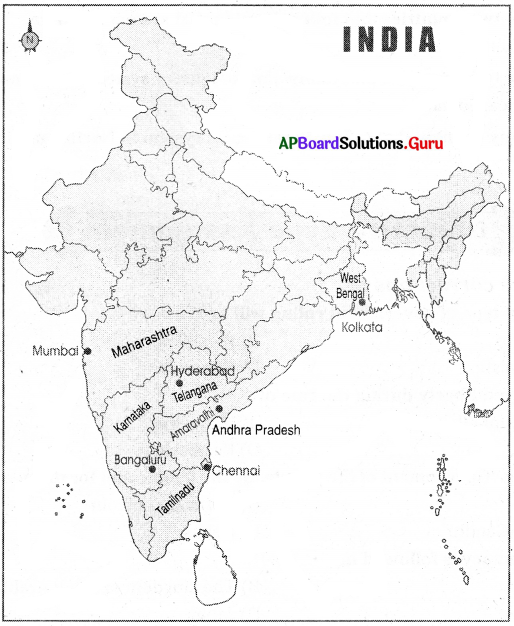 Question 14.
Observe the world map and answer the following questions. 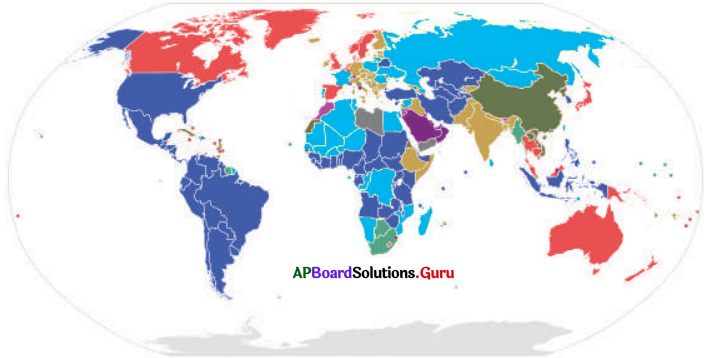 5. Is there any country that follows the Presidential system in North America.
Answer:
Brazil.